Way back in the beginning of August, I went to my high school reunion.  My 40th High School Reunion.  Yep, that makes me officially old.  It was great to be able to see my former classmates and catch up on what they have been doing.

It was also a great time to visit where I once lived….Blacksburg, Virginia.  Those of you that know me are probably laughing right now.  “But you go there all the time.  In fact I think your car could drive there by itself.”  Probably true…but we go to see the Virginia Tech football games….not necessarily to actually VISIT the town.

When my husband and I were living in Bydgoszcz, Poland last year we would walk all over town and take pictures of all the churches and the monuments and random statues that were along the sidewalk….like this one of Marian Rejewski.

He was a Polish mathematician and cryptologist who was born in Bydgoszcz. He reconstructed the Enigma cipher machine sight-unseen in 1932 and along with two colleagues broke the enigma code providing valuable information during World War II.

We were always fascinated by everything we saw on our walks, taking pictures, oohing and ahhing….while the people that lived there, and most likely grew up there, just walked on by.  Just like we tend to do in the city where we live now.

So, while we were in Blacksburg, we actually visited the town and enjoyed “Steppin’ Out”, Blacksburg’s Annual Street Festival….lots of craft booths, food, musical performances, etc and of course we ran into our favourite mascot….Hokie Bird.

We also took a quick peak inside this house, The Alexander Black House.

Alexander Black was a descendent of the family that provided the land to establish the Town of Blacksburg.  Here he is toasting the town….and being photo-bombed by my husband.

And we visited Smithfield Plantation House. 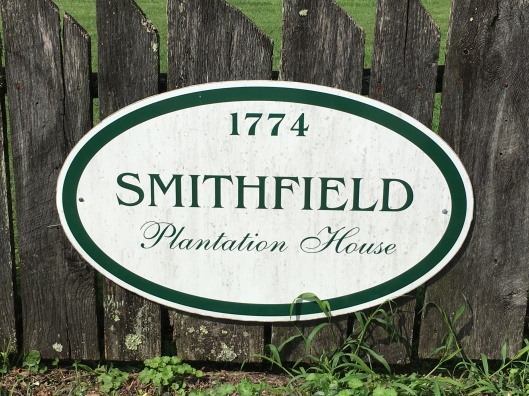 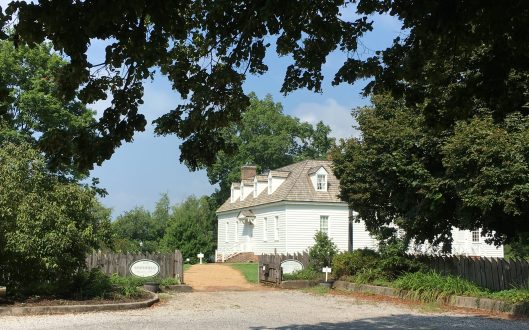 In all the years I lived in Blacksburg, and the many times I visited Blacksburg,  I never visited this historic house.  No excuses really, but when you’re in high school and college, visiting this historic home wasn’t really on the radar.  And then later, all the focus was on football games.  Although it was so close.  It is adjacent to the Virginia Tech campus, in fact you have to drive onto the campus to get there.  If you haven’t been, well let’s just say….you should go.

The house is on the National Register of Historic Houses and for good reason.  The house was built by William Preston for his wife Susanna (nee Smith), hence the name Smithfield.

William Preston was a prominent political figure in his time.  The family includes generations of important political, military and educational leaders….so of course it stands to reason that many important people visited this house.  Yep…they hob-nobbed with the likes of George Washington and Abraham Lincoln.  The house is also a “Family Homestead of Virginia Governors“.  Yes….the Smith-Preston family that built this house includes 4 Virginia Governors!  In addition to politics, the family was also a big proponent of education.  In 1851 a small Methodist school, named after a Preston descendant, was started in Blacksburg….The Preston and Olin Institute.  In 1872, it was renamed the Virginia Agricultural and Mechanical College….and that school is now known as Virginia Tech. (you know I like to sneak in little history lessons for you).

The house took 2 years to build and was completed in 1774, where upon William Preston moved in with his wife and then 7 children.  The house remained in the family and was lived in by family members until 1959 when it was donated to the Association for the Preservation of Virginia Antiquities, and after restoration work was opened to the public in 1964.

Above is the back view of the gardens. And below is the view from the porch where we waited to take a tour of the inside.

There is a museum shop in the basement that’s worth a look around while you wait for a tour of the house to start.  There as several displays of artifacts found on the property.

as well as cute little gift items like this tea holder shaped as a teapot…kind of fitting don’t you think?

Back to the house….Here are a few views of the inside.  Some of the furniture belonged to the family, like the cradle below, but not all.   But the house and furnishings are so well reproduced that representatives from Colonial Williamsburg have come to see them to copy the designs to be used there.

See those two little silver things on the table above?  They are egg shaped molds for  ice cream….for when you want to be fancy and impress your guests.

Above is the school room…yes, it’s part of the house and not a separate building.  Notice the picture of George Washington on the wall?

Once you’re done inside, it’s time to check out a few of the buildings outside.  First up is the slave quarters. This building was not original to the plantation but was on another property owned by the Prestons and moved to this spot where the “summer” kitchen used to be. 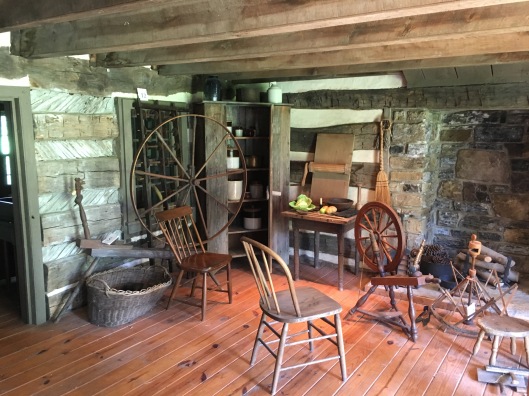 The inside is set up as a Weaver’s cabin…lots of spinning wheels and bobbins.

And the last building up on the hill is the Blacksmith Shop. 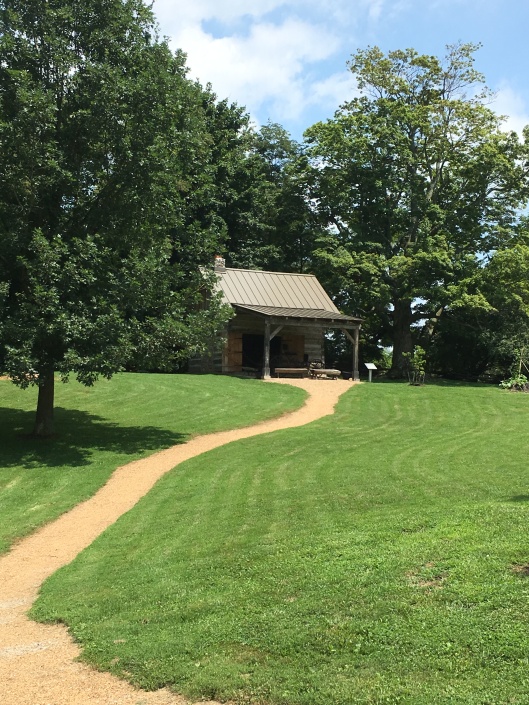 Now that I’ve shown you around, I’m going to leave you with some beautiful views from the plantation and southwest Virginia. 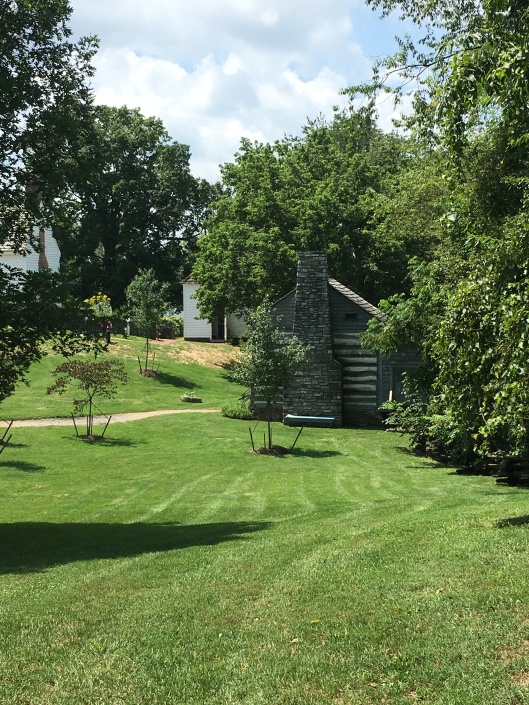 AND let me make a challenge to you.  Go someplace in the city or town where you live that you’ve never been to before.  It might be a historic home that you’ve driven by 100 times, or a local museum with a new exhibit, or an aquarium, a zoo, or a park.  You don’t have to travel thousands of miles or even hundreds of miles to see things that might interesting….these places are right there….practically in your own backyard.

1 thought on “Look in Your Own Backyard”