I am at a stage in my life when my two beautiful daughters are grown and on their own and my husband and I are enjoying the empty-nest syndrome….an empty nest that has over the past 9 years been intermittently disrupted by this little cutie. 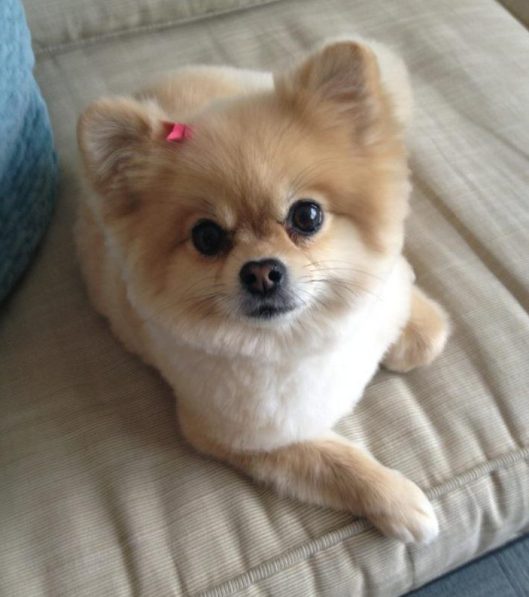 Yes, while most couples our age are obsessing over their grandchildren and babysitting those same grandchildren, David and I have had the pleasure over the years of watching this little fluffy-butt while our youngest daughter was traveling for work or on vacation or living overseas.  A few months ago, she went back to Korea to live with her “Mom” and we have an empty nest again.  But every blog needs a little cuteness now and then, so let me officially introduce to you, Lane or as she is officially registered, Lane Stadium Worsham Field.  (Anyone who is a true Hokie fan will know that my daughter named her after the football stadium at Virginia Tech).

She started out as a teeny tiny little puppy.

When she was first brought home, she also had a big brother, Brodie.  (That’s the “what are you doing in my bed” look).

Even though she was small, she commanded respect from her “big brother” and promptly took over his bed space forcing him to cram into her tiny bed.

She had a little trouble figuring out that her food bowl was for food and not her. 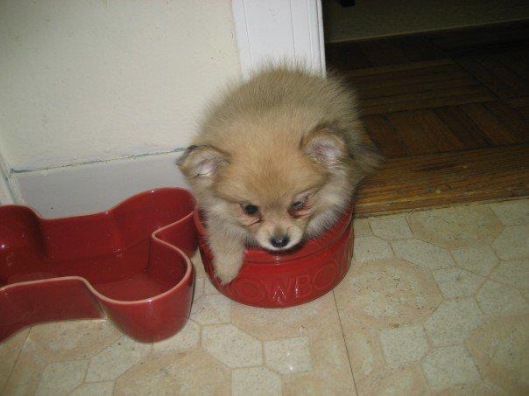 Over the years Lane has had many adventures.  She’s played in the snow.

And played at the playground. 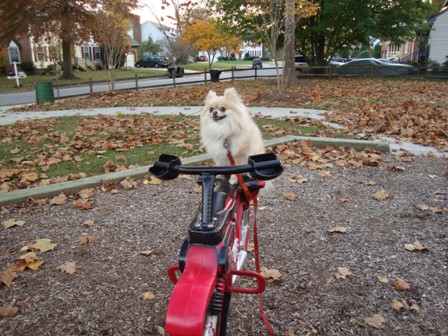 She’s been to visit the water. 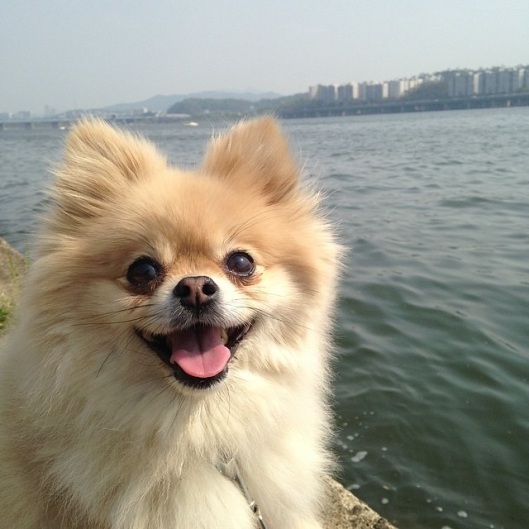 And been to the mountains.

She’s been dressed for the weather.

And dressed for football watching of her favorite team, the Virginia Tech Hokies.

She has been “beautified” too many times to count.

And she’s travelled by car. 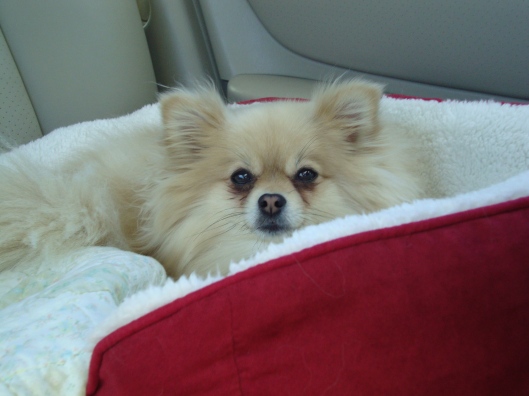 She’s even driven a car! 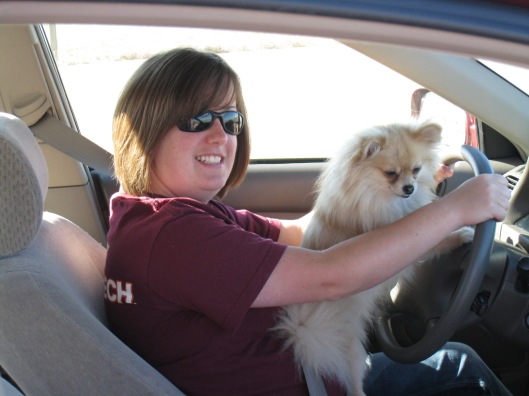 She’s gone to work with her Mom.

and she’s tried to do a little “work from home”.

She’s been on more walks that you can shake a stick at. 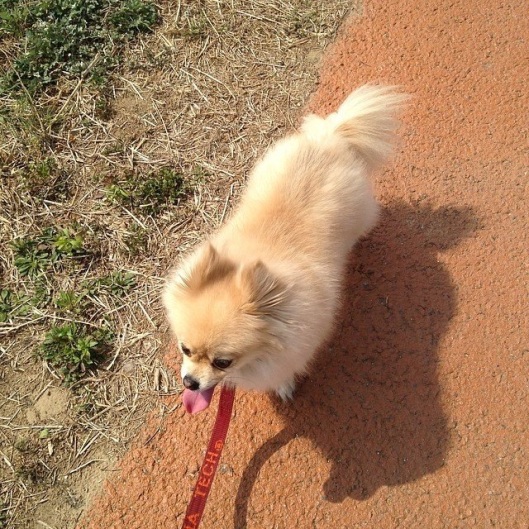 And Lane also has a stubborn streak where she will just lay down in the middle of the road or sidewalk and refuse to walk any further. 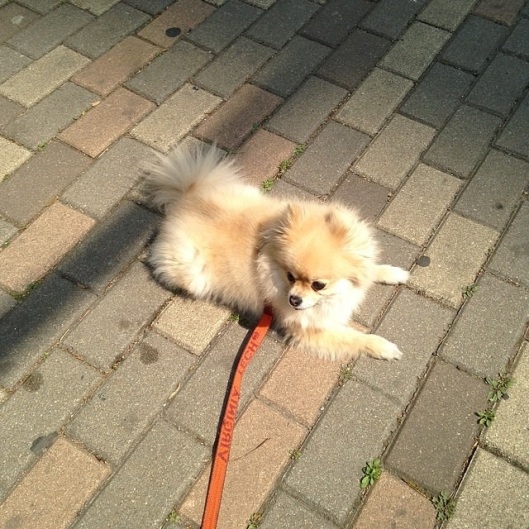 And she can be manipulative…because if you say, “let’s go home”, she’ll pop up and trot herself back home.

and will even climb into her basket of toys to pull out the one she wants.

Minutes later Lane will be chillin’ on a bed 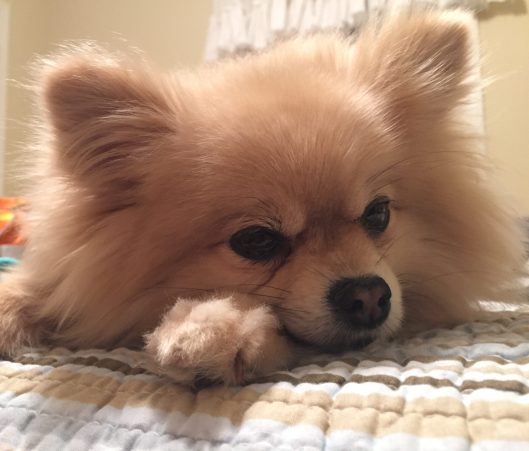 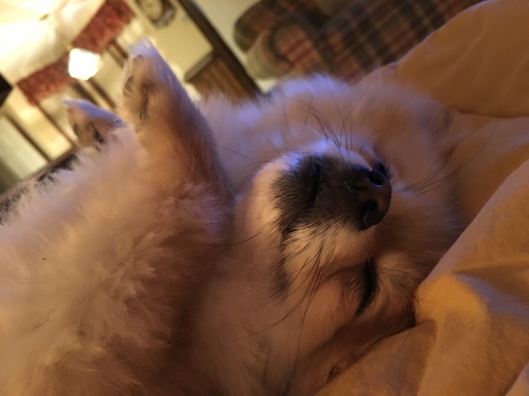 Isn’t she a cutie?  I miss her cuddles and excitement to see me….but I don’t miss walking her in the pouring rain or freezing cold nights.  That’s why she is back with her “Mom”.  Just like grandchildren….you can play with them and love them and then send them back home.