On New Year’s Eve 2015, my husband and I loaded up our 7 suitcases and checked in at the airport in Warsaw, Poland to begin our trip back to the United States.

2016 was a new beginning….back in our own house, with a new job for my husband, a possible new job for me and a boatload of memories, travel and friendships to look back on and blog about.  (Read about that here This Is A Test)

Reflecting back on 2016, I can say that right now it seems like it flew by…..but in reality, there were times when it just dragged on and on and on.  It started off really well.  My husband started his new job…..got all checked in the beginning of January (took his ID with him —remember this when you read farther down) working in the same building (but different company) where he worked previously for 17 years, so there were lots of familiar faces.  The job is different, but he absolutely loves it, although he wishes he was traveling more.  What can I say? The man loves to travel.

The job for myself I thought might materialize, didn’t.  But I was OK with that as I wanted to do a little traveling….In February, I visited my Mom in Arizona. 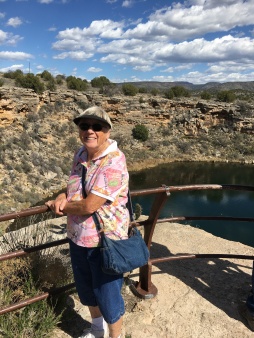 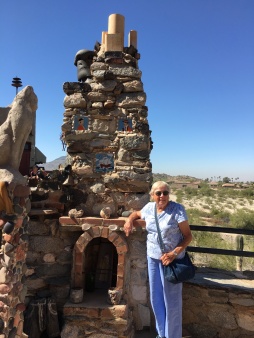 In March, I played with this ball of fluff because in April, her “mother” was coming to take her home to Korea and I was going too!  (You can read a little about my Korea trip here Crossing the Line.) 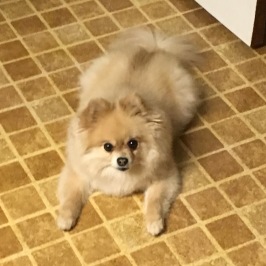 We we were planning on making a return trip to Poland in June, and I figured eventually, I’d look for another job.  Things didn’t work out quite the way I planned.  I broke my ankle while I was in Korea.  My right ankle.  The ankle on the foot you need to drive the car.  The car you would drive yourself to work in if I had a job.  The ankle you need to walk on if you want to travel back to Poland.  Dreams squashed.

So….instead I spent May and June being lazy, extremely lazy….and being driven around….mostly to physical therapy by my husband, but a few friends were brave enough to come get me and my knee scooter/and or crutches to get me out of the house.  I am forever grateful!  We did manage to go to a few Norfolk Tides baseball games over the summer.

By July, it was time for the annual family reunion….my Dad’s side of the family….in Wisconsin.  Beautiful weather and fun times, but trying to get everyone together for a family photo is like herding cats.

Four months later, it’s now August and I finally got the OK to DRIVE!!  Hallelujah freedom!  Finally, I could go to the beach…that’s my happy spot.  Seems silly because although we live just a few miles from the beach, but we travelled all the way to in Hilton Head, South Carolina to set our feet in the sand and the ocean. 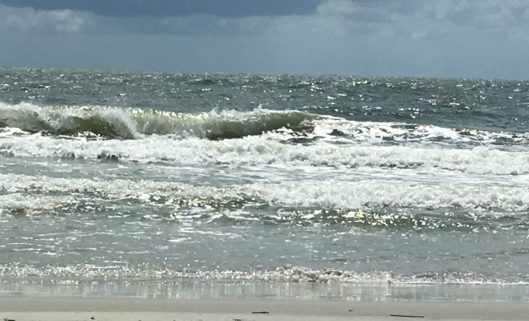 By September, I was ready for the Virginia Tech football season (kind-of). We are sitting just above the first “S”.  Can you see us? 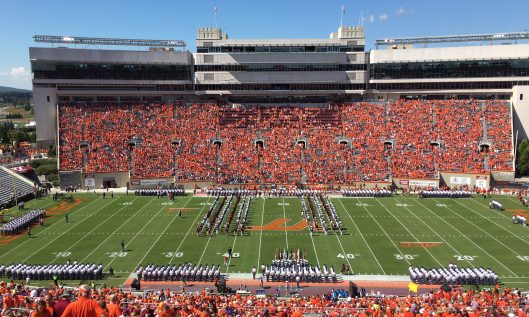 and I started a new job….just a few hours a month doing bookkeeping for a preschool, but it gets me out of the house and I love the people where I am working.

But still having ankle problems, so our trip back to Poland was pushed back even farther.  I needed to be able to walk….and walk a lot….like for hours on end.  And that just wasn’t happening yet….so November became the goal to travel.  Gall bladder surgery in October (no pictures, be grateful) and my husband’s work schedule took care of that…..so we pushed it back to December.  Although I did test out the walking by taking a “Girls Trip” with my sister and sister-in-law to the Biltmore Estate in Asheville, North Carolina the first week of November. 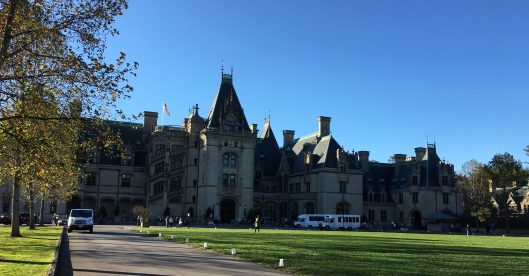 December 2nd was THE day.  We were finally making the trip back to Poland. Remember when I said not to forget about my husband checking into his new job with ID?  Well, that ID was his passport.

You need your passport to travel overseas.  And what happened when your husband goes to get his passport as you are going OUT the door to leave for the airport and can’t find it??….well, frantic searching begins.  Every single drawer, cabinet, file & box.  Nothing.  Must have left it at work.  So while my husband drives to his workplace to look I furiously call the airlines and change our flights.  Fortunately, I get a helpful United airlines agent that gets us on new flights later in the afternoon AND they waived the change flight fees and refunded our money paid for upgraded seats.  My husband came home….still no passport, which set us off on another frantic search.  Still nothing. Nada.  Finally I resigned myself to the fact that the long awaited trip wasn’t going to happen.  Until the light bulb went off.  “What were you wearing when you checked in at work?”  “My suit”, was the answer.  “Go check your suit!” Yep…the passport was in the pocket of his suit.  For future reference, this is NOT a good place to keep your passport.  So we were off….first to Bydgoszcz, Poland.  It felt like we had never left….maybe because we left in December and came back in December.  It was almost like a surreal moment where the past year never existed.

and then we went to Budapest, Hungary.

It was beautiful, but the Christmas Markets are still my favourite.

When we came back December was half over, Christmas was just around the corner, our daughters were coming home, a nephew got married, and then suddenly fireworks were going off and 2016 was over!  I feel like I need a re-do of 2016.  It went too fast.  I frittered away my time and didn’t get half the things done I wanted to do.  I’ve got travels I want to share of some of the places we visited in Europe and here in the USA….some of them from 2015…yep, I’m that far behind.  I’m telling you, 2016 zipped right by before my fingers could hit the keyboard.

I’m not ready for 2017 either.   I meant to get this out yesterday – Sunday, January 1st.  You know, the real New Year’s Day.  But somehow, I feel like I feel like I can justify being behind by getting this out on January 2nd….the “unofficial” New Year’s Day when everyone is off work…and I’m barely posting this before midnight.

I need a good swift kick in the butt to get myself in gear.  I’d do it myself, but don’t want to risk hurting my ankle……

Hope your New Year is off to a better start than mine.