When you travel to a new city, country or tourist attraction what kind of souvenirs do you buy?  When you come home is your suitcase packed full of souvenirs? Do you leave extra room in your suitcase when you are packing for a trip so you’ll have room for souvenirs?  I tend to overpack….so I don’t usually have a lot of extra space in my suitcase. But I don’t really need it because my favorite things to bring home don’t take up a lot of room or cost a lot of money.  I don’t want to have a house full of “stuff” that collects dust.  Or have to sit on my suitcase to close it.  I told you I went shopping in my previous post, but I didn’t tell you what I was looking for or what I bought.  So here is a list of what I brought home from this trip (and bring home from most every other trip I take):  Think FLAT and PAPER. END_OF_DOCUMENT_TOKEN_TO_BE_REPLACED

Over the week-end when my daughter wasn’t working, we wandered into the city to do a little shopping and spend some of this.  I just love the look of foreign currency!

She also wanted to take me to the City Hall Building.   Sounds a little strange to want to visit City Hall, but the new building has a unique architectural design….it resembles a “wave” and has an observation deck good for city viewing. END_OF_DOCUMENT_TOKEN_TO_BE_REPLACED

Time for another USO tour.  I almost didn’t take this tour….David had taken this tour a few years ago when he was on a business trip to Seoul.  He loved it, but I wasn’t sure it was for me.  It involved the military….touring a military facility.  Hmmmm, not my thing.  But when you have the chance to do something that not many people can do….unless you go on this tour, which is one of the most popular tours in Seoul, I decided to go.  And what is this thing that not many people can claim to have done?  Why actually step foot in North Korea!

The USO tour I took was the DMZ & JSA tour (Korean Demilitarized Zone and Joint Security Area).  You have to sign up for this tour at least 4 days in advance so your passport can be checked and you can be cleared by security to go.  END_OF_DOCUMENT_TOKEN_TO_BE_REPLACED

I like baseball…but not to play (I catch and throw with the same hand, so nobody would want me on their team).  But I do like to watch baseball…in person, not on television.  My husband likes baseball too.  So when we are home, we often go to watch our local AAA team, The Norfolk Tides.  (yes, that is a helicopter landing on the field to let off the local TV anchor to make the first pitch).

END_OF_DOCUMENT_TOKEN_TO_BE_REPLACED

Welcome back!  I’m still at the Korean Folk Village (at least in this post).  I left you eating lunch…so are you ready for the rest of the afternoon?  If you remember this living history village covers about 25 acres, so it shouldn’t be a surprise that there is a lot of open space and well…nature.   Continueing on through the village, we walked past this waterfall.

END_OF_DOCUMENT_TOKEN_TO_BE_REPLACED

Seoul is a vibrant city…busy day and night.  I’ve heard it described as a city that never sleeps.  Buildings are big and modern, The main streets are wide and the subway system is jam packed most of the time. 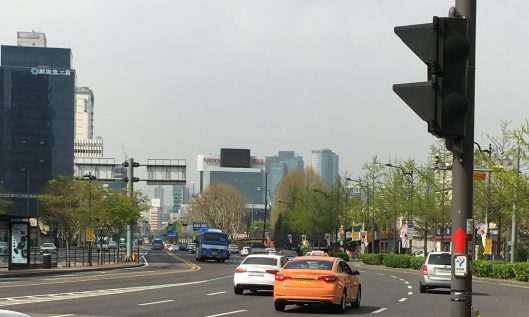 Side streets can be packed with small restaurants, shops and people….lots of people. But it wasn’t always this way.  If you want to see how the Korean people lived and worked hundreds of years ago, it’s worth the trip to Minok Village, a traditional Korean Folk Village….a living museum of history. END_OF_DOCUMENT_TOKEN_TO_BE_REPLACED

Welcome back as I continue my USO Tour of the Historic Sights in Seoul.  After visiting the Jogyesa Temple, our tour continued to the largest of the five Palaces located in Seoul, Gyeongbokgung Palace.  Built in 1395, it was the first royal palace built by the Joseon Dynasty in the newly appointed capital of Hanyang, (which is now known as Seoul).  The Palace served as the Royal residence until several Japanese invasions between 1592-1598 that caused severe damage.  Almost 300 years later in 1868 the palace was reconstructed and expanded to a complex that included 500 buildings.  But the Japanese invaded again and destroyed the palace again during the years that they occupied Korea (1910-1945).  Starting in 1990, the Korean government began a 40 year project to rebuild and restore the buildings that were destroyed during the Japanese occupation…so they are just a little over 1/2 way there.

This is an inside view of the gate, called Gwanhwamun Gate that serves as the entrance to the Palace grounds.

END_OF_DOCUMENT_TOKEN_TO_BE_REPLACED

When you don’t want to do all the work of touring around by yourself in a new city armed with a good map and a list of “sights to see”, then it’s time to let someone else do the work for you.  It’s time to take a tour.  While I was in Seoul, a city with a US Army base in the middle of the city…I took advantage of taking several tours hosted by the USO (United Service Organization). 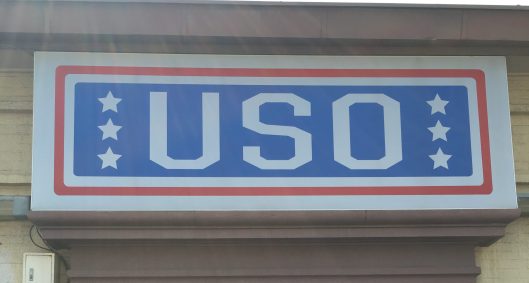 The first tour I took was what they called the  Historic Sights Tour.  So at my appointed day and time, I showed up at the USO and hopped on the little tour bus with 7 other people and our guide and we were off. END_OF_DOCUMENT_TOKEN_TO_BE_REPLACED

, plus a memorial building (museum) and children’s’ museum END_OF_DOCUMENT_TOKEN_TO_BE_REPLACED

Finally getting to a place where I can get a few thoughts down.  So here goes….A month ago I took a trip…a long trip….one 13+ hour flight to Tokyo, Japan, and then another shorter 2 1/2 hour plane trip to Seoul, South Korea.  This little fluff ball, Lane,  also took the trip.  She was ready to be reunited with her “Mom”.

Lane is a seasoned traveller, and was so excited to travel again that she hopped into her carrier while we were driving to the airport.  She has never done that before.  I think she was ready to be going to her new home. END_OF_DOCUMENT_TOKEN_TO_BE_REPLACED