, plus a memorial building (museum) and children’s’ museum

plus an outdoor exhibition that in total displays over 13,000 items of war memorabilia and military equipment.

Opened in 1994 on the former sight of the Korean army headquarters, It’s not just a memorial for the Korean War….but of the entire military history in Korea.  Korea has been invaded about a bazillion times and this is the best place to learn about its  military history.  One of the first “memorials” you see when arriving is this one – The Statue of Brothers.

The upper part of the statue depicts the emotional reunion of a South Korean officer embracing his younger brother, a North Korean soldier as they encounter each other and embrace on the battlefield.

The statue expresses reconciliation, love and forgiveness.  The lower part of the dome was built from pieces of granite collected nationwide that symbolizes the sacrifices made.  The crack in the dome stands for the division of Korea and the hope for the reunification.  There are exhibits inside the dome as well including chain links on the ceiling that signify the unbreakable bond of a unified Korea.

Another sculpture that is in front of the museum building is this impressive obelisk surrounded on either side by soldiers in action.  It commemorates the 50th anniversary of the end of the Korean War (which technically is not really over yet.)

The inside of the monument is etched with war scenes like this these.

Now that I’ve showed you a little of the outside, lets take a look inside.  Admission is free! Starting on the first floor, the displays here cover the many battles fought with Mongol, Japanese and Chinese armies.  This is a replica of an iron clad turtle warship, called a geobukseon, that was used by the Royal Korean Navy to defeat the Japanese in the 1590’s.

You can also check out the many suits of armor 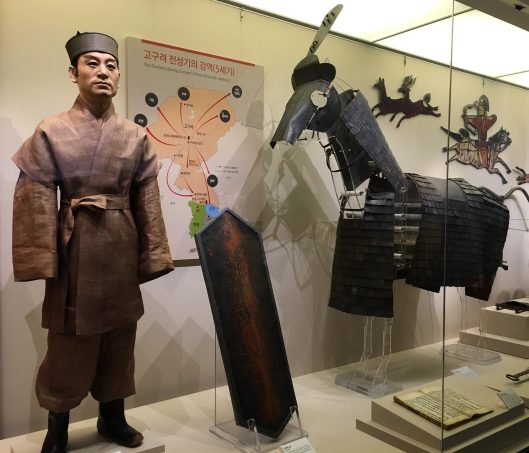 and the Korean version of “weapons of mass destruction”. like this mobile rocket launcher (seriously, the museum brochure calls it a rocket launcher) used in 1451 that could fire 100 “rocket launched” arrows.

On the second floor is the Hall of Heroes – on the walls are the names of those killed during the war. 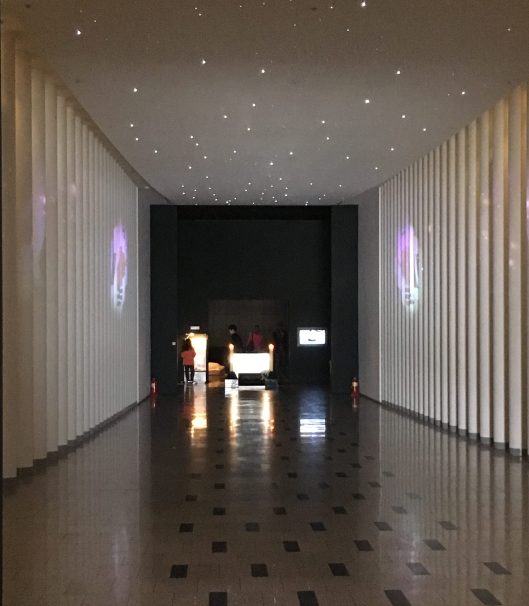 Plus there are numerous other displays of past war heroes…

and this decorative drum that commemorates the 60th anniversary of the founding of the R.O.K. Armed Forces with the tiger representing the fierce courage of the troops.

The second floor is also home the history of the Korean War, with movie footage of battle scenes, rescues and remembrances of war survivors.  Moving displays (made with multiple mirrors) that depict the National Cemetery of Korea emphasizes the many causalities. 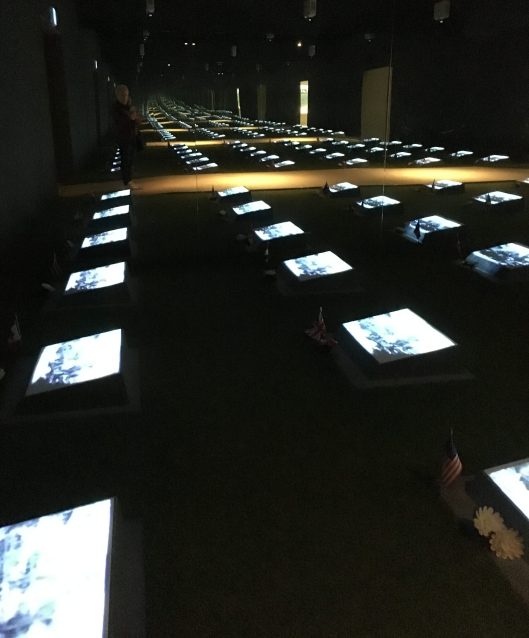 One of the most moving displays however is on the 3rd floor is called “Drops of Tears”.

It is made out of 1,300 dog tags worn by the allied troops who gave their lives during the Korean War.  As the display starts, only the teardrop is illuminated, as it continues, dog tags “appear” on the floor, one by one, 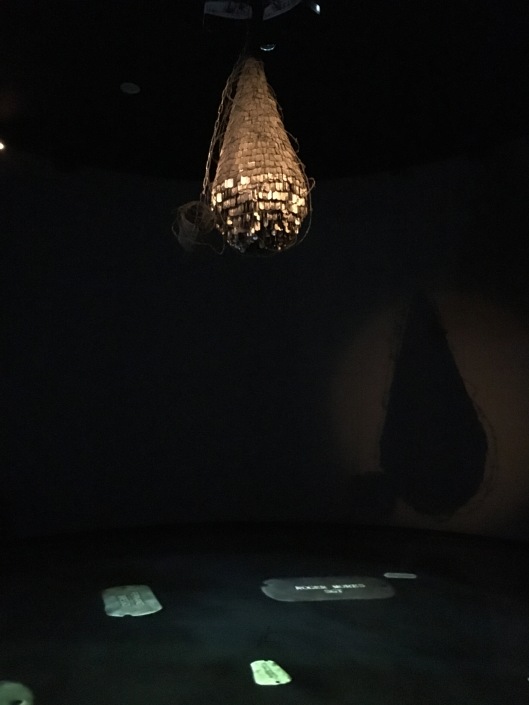 until the floor is covered with a montage of dog tags.

Have to admit, I had to dig out the Kleenex from my purse after watching this…and then seeing this entire wall of pictures of scenes from the war. 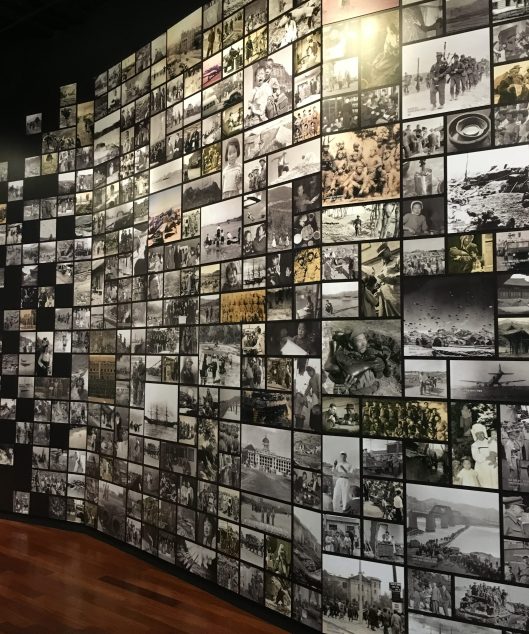 Time to go outside now…..Going back out the front door is this plaza.

Each flag represents a nation that participated in the Korean War.  Each one tells the years involved. number of participants, wounded and causalities.

The end of the tour is taking a walk through the outside museum display of planes, tanks, rockets and more. 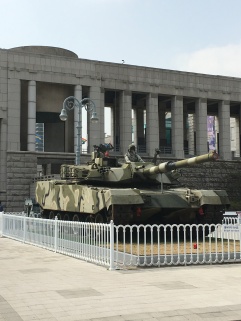 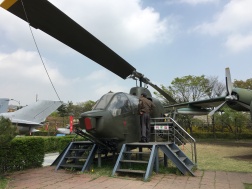 Walking away from the War Memorial, take the time to stroll past this bell tower…The Korea Peace Bell built in 2013 for the 60th anniversary of the signing of the armistice agreement for the Korean War.  The armistice that was signed on July 27, 1953 to stop all acts of armed force in Korea until a peaceful settlement is achieved.  Korea is still waiting….and hoping….for peace. 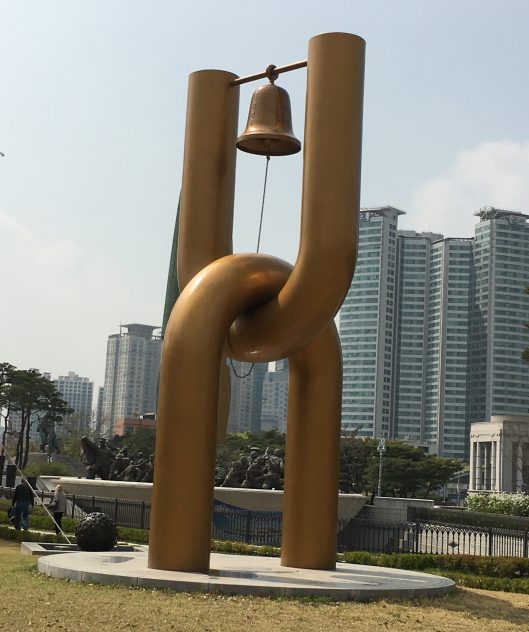 1 thought on “War Memorial of Korea”