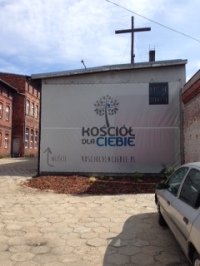 Every Sunday, David and I walk to church –translated in English as Church4You. (OK, I’ve only been twice so far because I’ve only been here a few weeks, but David has been going since February)…..it’s just a few blocks from our flat and has the friendliest people!  The service is in Polish, but they have headsets and translators so that we can understand the songs and the message.  They put the words to the songs up on a screen, which even though I don’t understand all the words, I am beginning to figure out what some of the letter combinations should sound like…and believe me it’s nothing like you think!  The church building doesn’t look like much from the outside…it’s a very old building, but the inside is very modern looking. 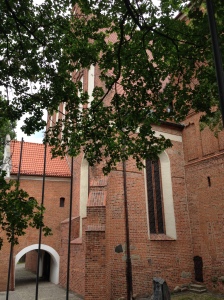 Much different from this church that David and I visited last week-end when we were walking around Old Town.

It’s a stately Gothic style brick church that was originally built between 1466-1502 to replace a wooden church building that was burned down by the Teutonic Knights. 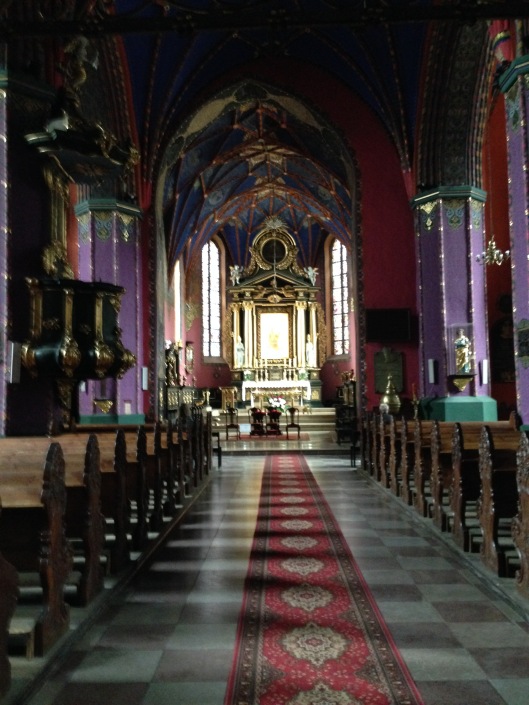 In the 16th and 17th centuries additions were constructed but by the 18th century is was starting to detiorate as it was used as a magazine by both the French and later the Russian armies.

In the 1920’s the beautiful frescos were added in vivid colors of blue, purple and red.  They are handpainted and these pictures don’t do them justice in portraying how beautiful they are to see in person.  The picture below is as close up as I could get of the ceilings with the camera on my phone. 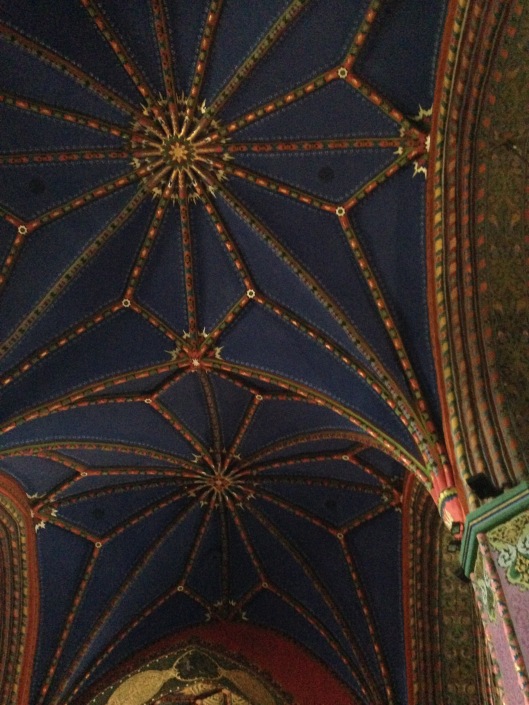 The columns are also all handpainted and the lower right hand corner you can see a small glimpse of a close up shot….must have taken years to paint all the intricate details.  There are also intricate iron gates as you enter from the back that separate the entrance from the chapel area. 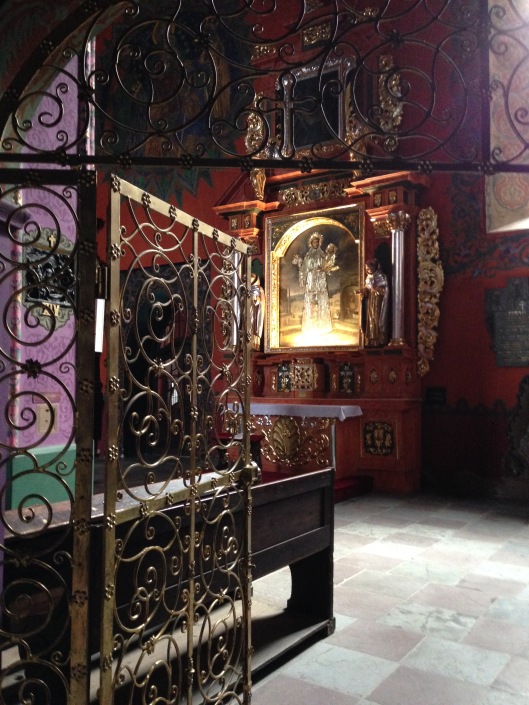 We sat for awhile and just soaked it all in sitting on what would seem to be original pews and kneeling benches — very well worn from years of worship.

1 thought on “Time for Church”